I grew up with a passion for sports and always knew I wanted to be involved in sports.  As a high school and collegiate athlete, I learned first hand the importance of good coaching and a strong mental game.  Originally intending to become a college soccer coach, I spent nearly every weekend during the year, and several weeks each summer, coaching soccer teams in South Carolina, Florida, North Carolina, California, and Oregon, improving my craft.

Through my experiences in coaching teams and camps, I found that while the soccer skills training was typically good and the activities fun, by and large they missed the bigger picture.

From my early days of coaching, I envisioned an organization whose coaching included not only skill-building and learning the game, but also stressed the importance of nutrition, proper stretching, positive thinking, and the mental game.

As an athlete, coach, parent, and sport psychology consultant with over 20 years experience in youth sports, I created BaxterSports – Camps, Clinics, Coaching, and Consulting – to continue my work and provide a great environment for athletes to learn and grow in all aspects of life. 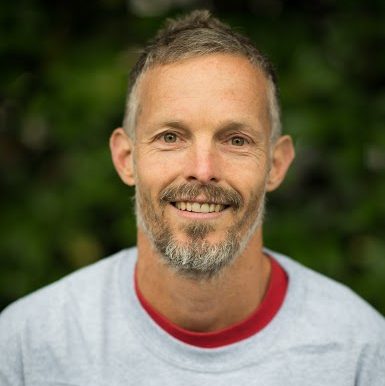 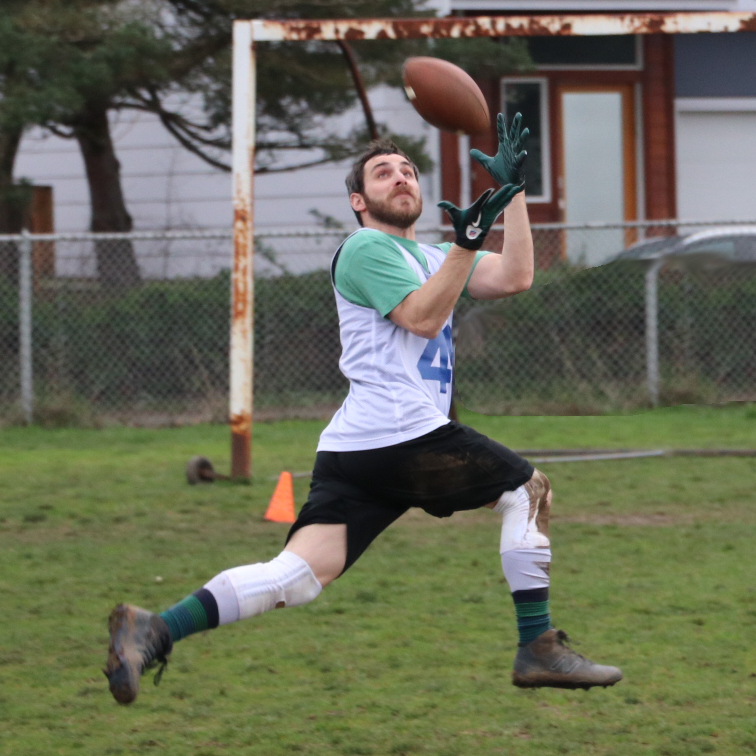 Coach Jake is BaxterSports’ first new Director since the camp’s inception, taking over for the

infinite planes of existence, where their various incarnations have nobly competed in sporting

tests of strength, speed, and skill. And their names always rhyme. In East Portland’s corner of

the multiverse, Jake defeated Blake in an epic whiffle ball battle by belting a knuckle curve into the highest branches of an elm and thereby earning the coveted mantle of Camp Director.

Much like Coach Blake, Coach Jake is a fun-loving sports nut and dad of two. He’s worked with kids in many capacities, with experience including 10 years of little league coaching, 5 years of advocacy for foster kids, and 1 year as recess coordinator at Abernethy Elementary. In that role, he was tasked with inventing and implementing inclusive games and creating a YouTube channel to entertain at-home schoolchildren when recess activities were shelved by distance learning. He has also been a Special Olympics volunteer, a mentor to underprivileged youth, a manny, a stay-at-home dad, and a certified coach in multiple endeavors. Coach Jake also plays all the sports. Some of his athletic accomplishments include varsity table tennis at Portland State, 2x MVP of Baseball USA Camps, a bowling high score somewhere in the 230’s, the record for most touchdowns all-time in SE PDX Ballers’ Annual Joey Bowl, and being the only person in the world who can claim to have attended high school with both Kobe Bryant and Paul Konerko.

While Coach Jake shares much in common with Coach Blake, there are some small differences that your campers may notice. For one, Jake’s got his own unique coaching style that is part drill instructor, part pro wrestler, and part honey badger, and is eager to teach your kids all of llife’s most important lessons, from “doing whatever it takes to crush your competition” to “there’s no I in TEAM, but there is M-E.” He’s also staunchly opposed to sunblock and napkins, so don’t dare send your kids to camp with either of those items or risk his wrath. Other than that, he’s super fun and normal.

He is very excited to begin what is more or less his dream job, and is thrilled to be a part of the BaxterSports family! (Until, of course, he is defeated by Coach Drake, as the prophecy foretells.)

We work with a solid bunch.

Camp Director/Head Coach Jake is a fun-loving sports nut and dad of two. He’s worked with kids in many capacities, with experience including 10 years of little league coaching, 5 years of advocacy for foster kids, and 1 year as recess coordinator at Abernethy Elementary.

I go to Seattle University and I’m studying Sport and Exercise Science. I am also on the cross country and track team at SU. My favorite sports are track and field, soccer, and tennis!

My name is Wrigley and I go to Franklin HS. My favorite sports and activities are cross country, basketball, hiking, and dancing!

I plan on attending York St. John University in the UK next year to play soccer and major in international business

Hey! I’m Emma and next year I will be attending Gonzaga University to study Criminology!

I go to Seattle University and my favorite sport is track.

Hi, my name is Coach Fisher, and this will be my third year working at BaxterSports. I’m excited to see some returning faces and meet some new ones. At Franklin high school, I’m a proud member of the soccer, ultimate frisbee, and tennis teams. I’m looking forward to another great summer!

Hello! My name is isaac livingston, I’m 16 years old and I attend Rex putnam high school as a sophomore. I love fishing and making music and my favorite sport is soccer.

I have been playing soccer ever since I could walk. I will be a Freshman at Franklin this coming fall. Soccer is definitely my first passion, however, I love any kind of sport. I enjoy playing basketball, skateboarding and snowboarding. I was a camper at Brian Baxter for almost 10 years. I am looking forward to working with the kids at Baxter camps.

Hi! My name is Anthony. I am currently a junior at Central Catholic where I also play soccer. My sports background also includes judo, basketball, tennis, and rowing. I have coached Baxter Sports Camps 2 years, and have attended them for twice that. My biggest claim to fame it that I solved a puzzle in 10 minutes, even though the box said 2-4 years.

My name is Tallulah, I play ultimate frisbee and soccer, and I go to Franklin high school.

Our executive assistant, Tiare (tee/are/ee) is a true believer in the value of sports and the opportunities they provide to harness passion and promote a sense of self while simultaneously creating a feeling of community. She is bananas about tennis. She is also the mom of a BaxterSports camper and knows first hand just how important it is to get kids moving. Have a specific question about your camper's registration or a general inquiry about our organization? Just call or email, and she will get you set!

Founded as a sport psychology consulting firm in the Bay Area, CA

Moved to Portland, OR.