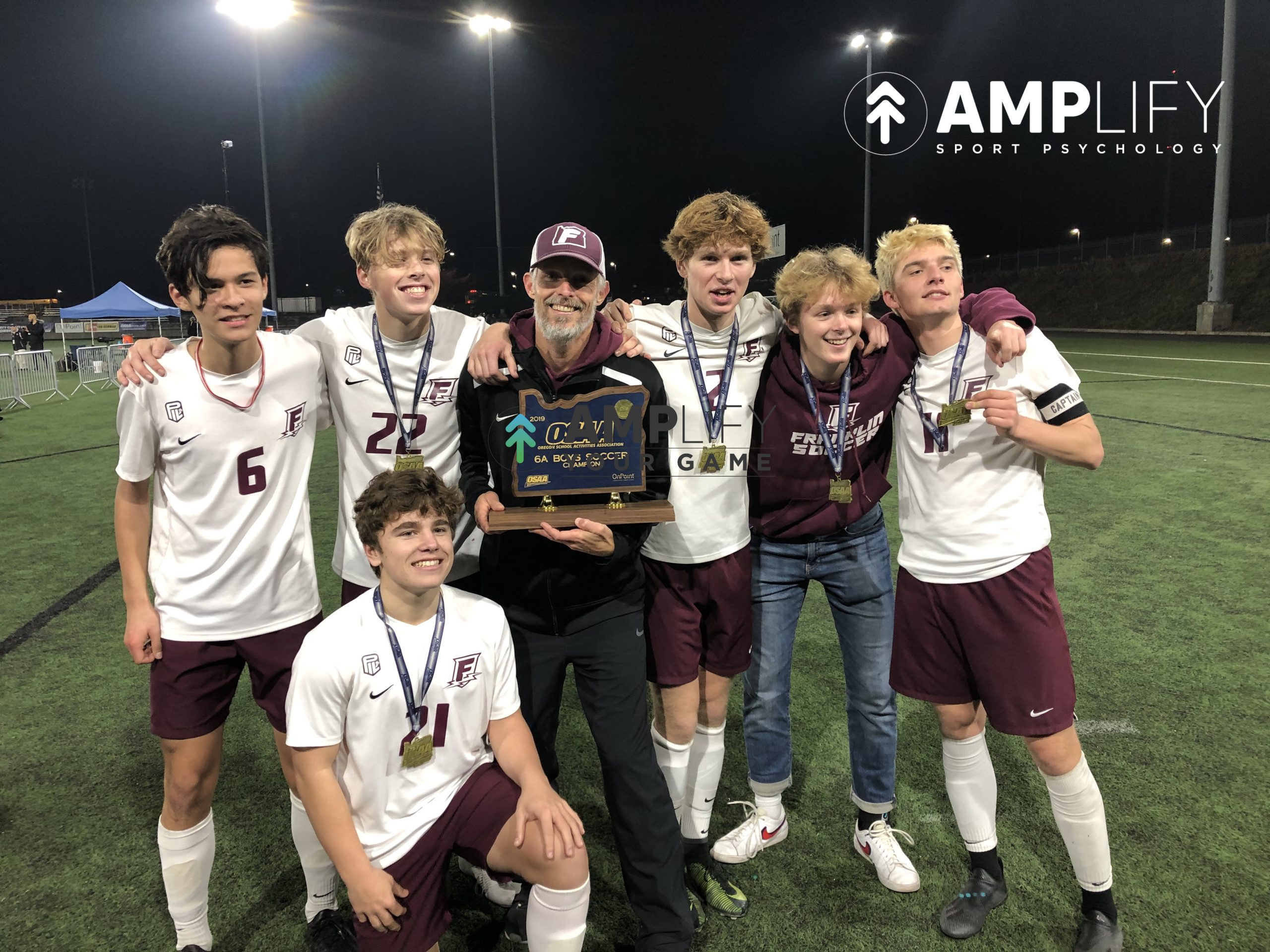 As many of you know, I am an assistant soccer coach at Franklin High School for the boys soccer team. Not only a coach on the field, but I served as the team’s mental performance coach, teaching mental skills and sport psychology techniques to keep the team confident, positive, and together.

You probably also know that over half of the team attended BaxterSports Soccer Camps, All Sports Camps, and 4 Pillars Camps over the years. And not only that, but several of the boys have been coaches at the camp! It’s something that we are really proud of. Coach Hawk, Coach Seb, and Coach Finn achieved All-PIL honors, and Coach Vince was named the Oregon 6A State Player of the Year. Former camper Caden also made 2nd team All-State, and former campers Riley and Andrew both scored goals in the final.

Winning a State Championship is an awesome accomplishment, one that I very proud of. But I am more proud of the way the team played, the heart they showed, and the adversity they overcame. I want to acknowledge all the boys and give our community an inside look into last year’s season as I saw it.  I have written a 5-Part series on my AMPlify Sport Psychology blog entitled: “Inside the Mental Game of a State Champion.” If you haven’t seen it, here are the links to each part.  Enjoy!

Part 1: Inside the Mental Game of a State Champion

Thank you to everyone who came out to support the team last season. I look forward to next season, when we begin our quest to do it all again!

Yet another reason to go to BaxterSports Soccer Camp!