Visualization can be defined as: ”

“Mentally rehearsing a skill, action, or outcome that you want to accomplish during training, practice or competition”

The best of the best athletes ever use visualization for these reasons.

Emmitt Smith is the NFL’s All-time leading rusher.  Here are a couple quotes that explain how important it was for him to visualize while training to become a professional, and during his time as a pro:

Steve Nash is the NBA’s all-time leader in Free Throw percentage at 90.43%.  Here’s a brief explanation from a Sports Illustrated article that explains how he used visualization to achieve this:

Carli Lloyd is one of the USA women’s national team’s best players. In the 2015 World Cup Final, she famously scored a hat trick, including a blast from midfield.  She spoke about visualization several times after that event: 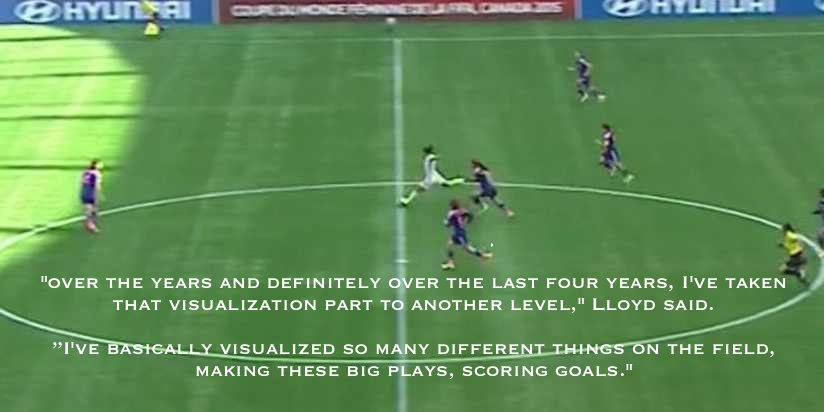 Another reason we juggle!